Farinata, the traditional and delicious chickpea pancake from Mediterranean coasts 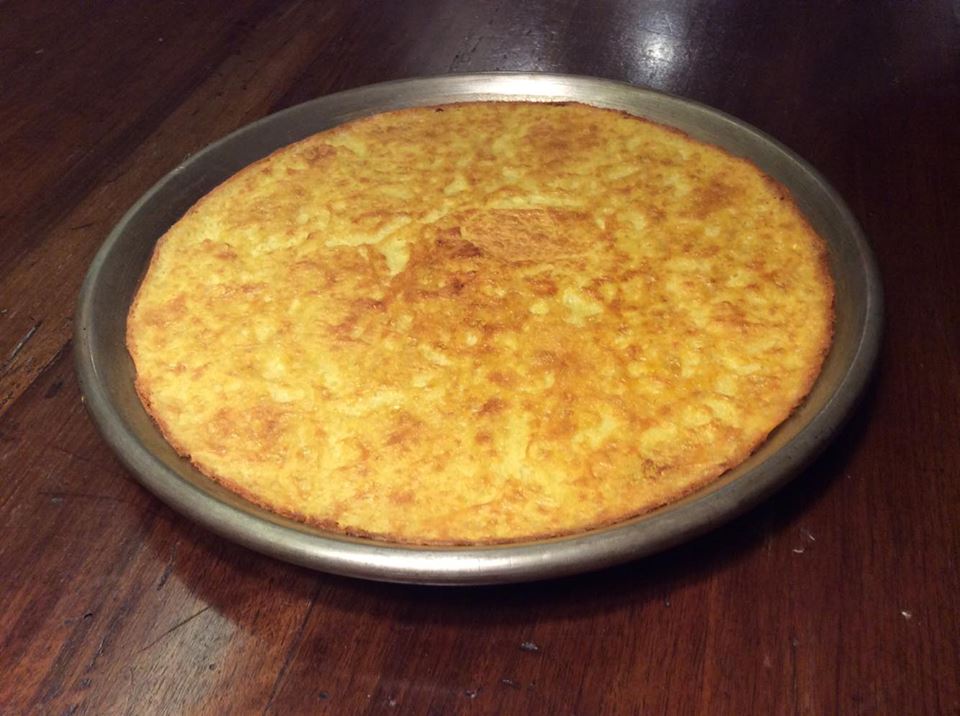 Farinata is a thin pancake made by chickpea flour, that you can find as a fast (but delicious) street food in Genoa and all Liguria. It’s traditionally cooked in wood ovens on copper disks, roughly cut and served hot or warm, wrapped in paper.

A legend tells the ancient origin of farinata.  In the Middle Ages, at the time of Maritime Republics,  a Genoese galley, during the Battle of Meloria against the Pisans, came across a terrible storm.

The Battle of Meloria

In the bustle, oil barrels and chickpea sacks spilled, mixing and soaking with sea water. As supplies were scarce, the strange mixture that had come out was not thrown away, but given as food to the Pisan prisoners who were on board. Many of them refused that awful mash, leaving it on the deck all the day under the sun, which broiled it, turning it into a kind of golden pancake.

Driven by hunger pangs, some prisoners tasted it, discovering the delicious flavor of the pancake. Back at home, the Genoese repeated the experiment, but cooking the mixture in a oven. This recipe quickly became a traditional Genoese dish, called, for mockery to the enemies, “Gold of Pisa”. From Genoa, this recipe spread to many other Mediterranean ports and also overseas, where the Italian emigrants arrived. Today you can find farinata almost in all Mediterranean towns, sometimes with some herbs added, and called with different names: torta di ceci (chickpea cake), or even just torta, in Livorno, cecina in Pisa, fainé in Sardinia, socca on the French Riviera, karantika (with eggs) in Algeria, and so on.

Here is the recipe of the Genoese farinata for a round baking pan (Ø 35 cm.): 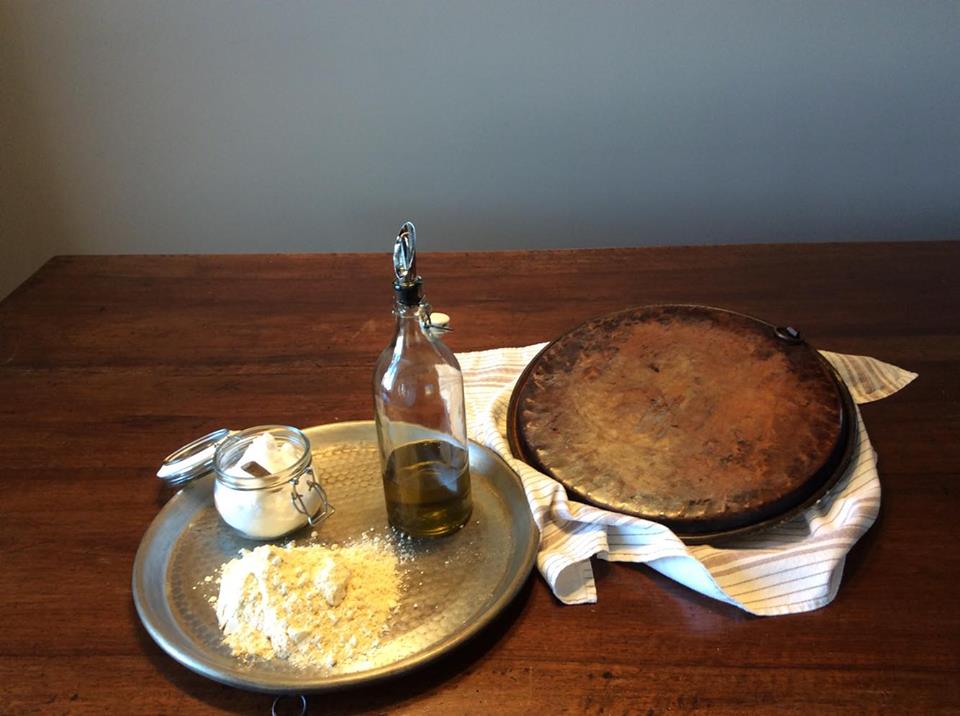 First of all, pour the chickpea flour into the water, taking care to dissolve all the lumps. Then add two pinches of salt (the equivalent of 1 teaspoon) and let it rest, stirring occasionally, for about 5 hours.

Then, pass the mixture through a skimmer, to eliminate all the foam formed on its surface.

While you are heating the oven to 250°C (but only you know very well your oven…), grease the baking pan with two tablespoons of extra virgin olive oil. Probably, the perfect pans are the galvanized copper ones you can find in some old shops in Genoa, but you can also make farinata in a normal oven pan.

When the oven is hot, heat the oiled pan for a few minutes; then pour the mixture and the remaining oil into it. 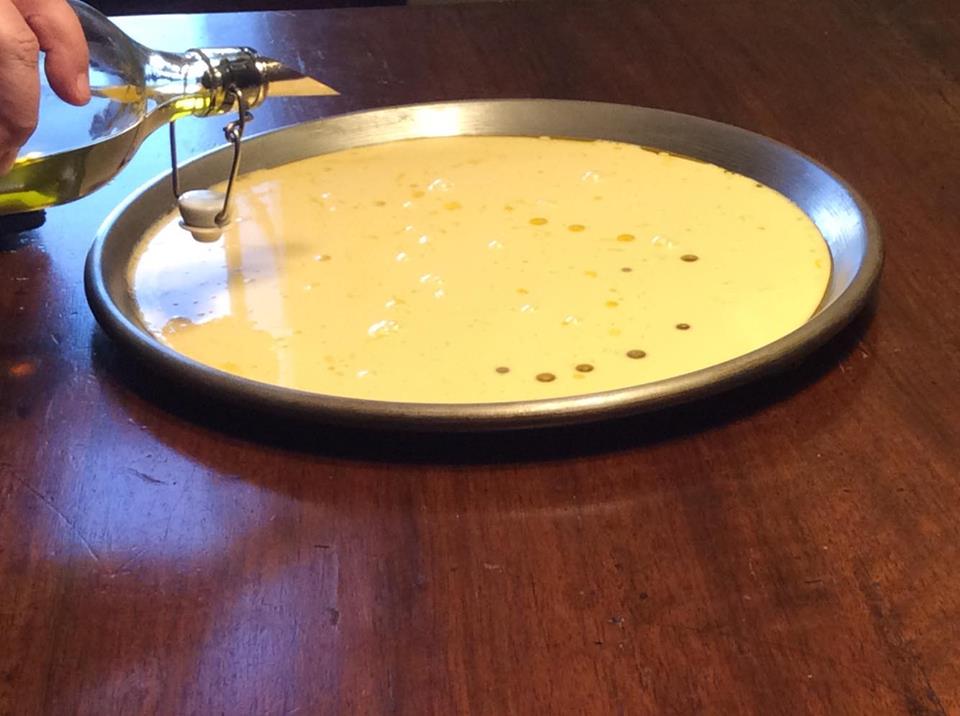 Leave the pan in contact with the bottom of the oven for 10 minutes, then move it in the highest part for about 10-15 minutes, until the surface becomes golden brown. Finally, sprinkle with black pepper and serve hot. 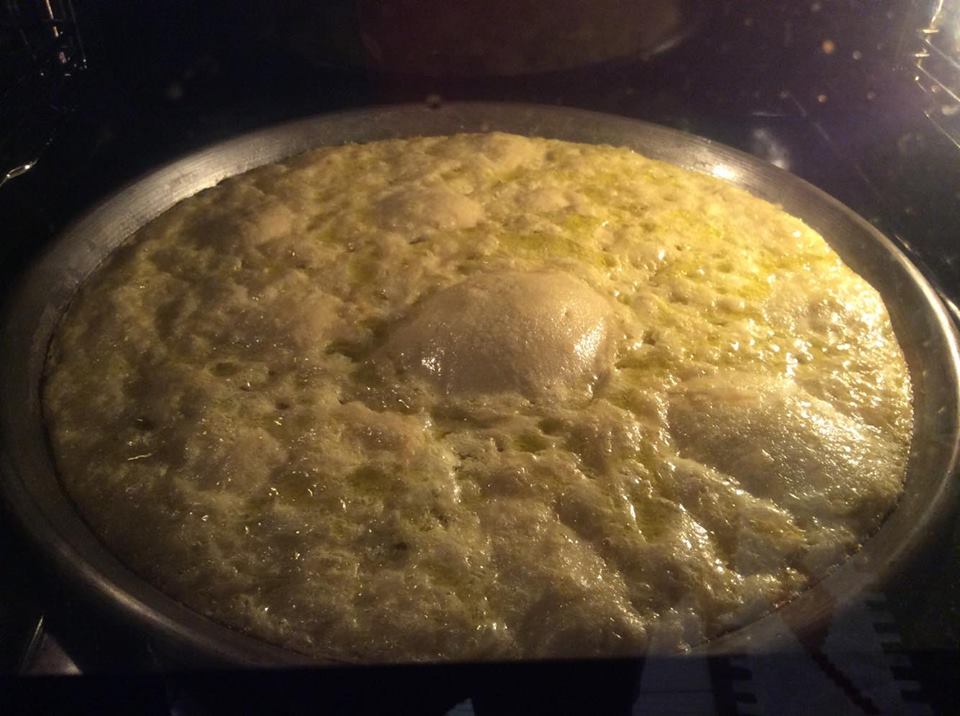 Remember that farinata is perfect for brunch, lunch or teatime, and suitable for everybody because it’s totally gluten free and vegan. Here another post about a traditional ‘merenda’ from Liguria, Italy. 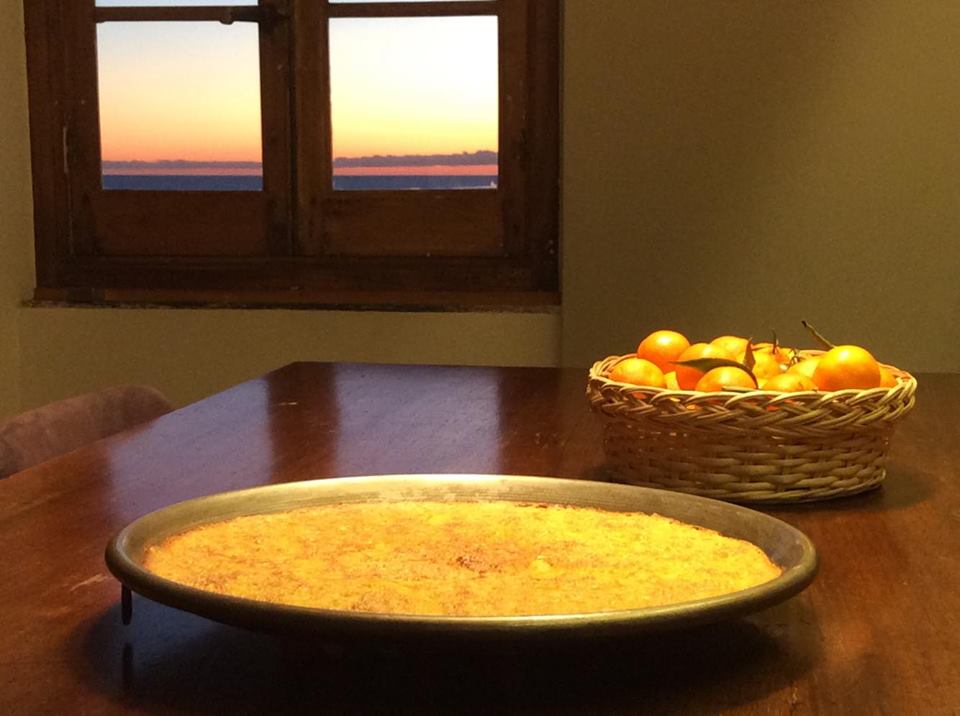